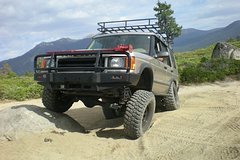 Our tour offers are unique, flexible and safe, demanding and with a distinctive travel character  it is all about the relaxed and appropriate movement off-roader with an experience for all senses. A unforgettable adventure holiday is guaranteed.

Join in one of the most breathtaking adventures on the natyre.Feel the passion and the majestic of the Albanian Alpes in this unique travel :)

Due to its strategic location, the hill has been settled since antiquity. It was an Illyrian stronghold until it was captured by the Romans in 167 BC.[1] The 19th-century German author and explorer Johann Georg von Hahn suggested that the ancient and medieval city of Shkodër was located immediately south of the Rozafa hill, between the hill and the confluence of Buna and Drin. The fortifications, as they have been preserved to date, are mostly of Venetian origin.[2] The castle has been the site of several famous sieges, including the siege of Shkodra by the Ottomans in 1478 and the siege of Shkodra by the Montenegrins in 1912. The castle and its surroundings form an Archaeological Park of Albania.

We visit the castle and have a quick brake for photo and relax view and historically stories
Duration: 1 hour

Stop At: Komani Lake Ferry BERISHA, Albania
Lake Koman (Albanian: Liqeni i Komanit) is a reservoir on the Drin River in northern Albania. Lake Koman is surrounded by dense forested hills, vertical slopes, deep gorges, and a narrow valley, completely taken up by the river. Besides the Drin, it is fed by the Shala and Valbona Rivers. The lake stretches in an area of 34 km2 (13 sq mi), its width being 400 m (0.25 mi). The narrowest gorge, which is surrounded by vertical canyon walls, is more than 50 m (0.031 mi) wide. The reservoir was constructed between 1979 and 1988 near the village of Koman with a height of 115 m (377 ft).

The combination of specific topography and hydrological conditions, have contributed to the formation of different habitats.

The Lake Koman Ferry operates daily on the lake from Koman to Fierza. The ferry connects the city of Bajram Curri to the region of Tropojë. The journey takes about two and a half hours and is also popular with the foreign tourists.Smaller boats bring people and goods to remote villages, which are often far away from the lake, but can only be reached by water.
Duration: 2 hours 30 minutes

Stop At: Valbona Valley National Park, Valbona Albania
After the visit of the Waterfall of Valbona we rest for the end of the day at the Hotel that is on the center of Valbona Valley.We get the lunch and dinner on the Hotel with traditional food,drinks and albanian music.
Duration: 17 hours

Stop At: Thethi-Guide, Rruga Nikgjona, Nr. 18, Theth 4009 Albania
After the accommodation of the baggage on the hotel.

Next direction Nderlys-Village we visit :

The Grunas Canyon, a natural monument, can be found on the south side of the Thethi park. The Grunas Canyon has vast carbon formations. The canyon is around 2 km long and 60 metres deep, and varies from 2-3 meters to 30-40 meters wide. There is an incomparable beauty and all the time there is enough water to canoe sailing fans. The water of the Thethi River is crystal clear at any time and very cold. The visits to the site are not advised without local guides or it is advisable that the visit be in groups. The Grunas Canyon was and remains a challenge for all foreign and Albanian tourists that are passionate about canyons.

The location of this beauty is down on Kaprre, one of the most beautiful villages in the Alps. To reach the Blue Eye you must pass one of the rare beauties that are the Grunas Canyon of Theth, one of the pearls of the canyons in the entire country. If you are descended from Thethi, once you pass the Grunas canyon, down to Electric Plant of Ndërlysa and walks straight over the side village of Kaperre until you reaches the Black Well, which is formed by the Black River which comes down from Kaprreja. If you drive, you must stop and park there, because from Nderlysa to the Blue Eye of Kaperre there is no automobile road. Once you have parked the vehicle near the ruins of the School, appear before you the Black Well. From this place you should depart on foot to visit the Blue Eye. Once you have passed the bridge and take the road to Kaprre, it appears before you one of the most wonderful landscapes formed by the erosion of the cliff by the river, where some bathtubs and waterfalls are created, which are the most beautiful sights in Albania.

From the place where the car is parked, until to the Blue Eye is a pedestrian route and takes about 40 minutes for the person who walks with a normal walking. The Blue Eye is one of the rare beauties of the entire Albania. It is formed from the Black River, which flaw out from the Black Top. The Blue Eye is formed by the erosion of rock by the water that descends from the mountains. The Black Well is about 100 m2 and about 3 to 5 meters of depth. The Black River is entirely formed from the melting snow in the Alps. Any tourist (of any age) can go to the Blue Eye because the road lay in a plain valley. Along the way you have to bear in mind to follow the signs that are made by local residents.
Duration: 4 hours

Stop At: Thethi National Park Information Center, Rruga Fushe, Qender Theth, Albania
Returning to the Hotel to conclude the day,relax on the center of theth that its near the hotel,traditional dinner and albanian music also.
Duration: 13 hours

Stop At: Jezerca Hotel, Theth, Albania
We start the journey from the hotel in direction of the mountain Jezerca (2.694 m) 3 hours and a half of climbing,arriving than at great valley where we are going to have a lunch-picnic with different sport activities
Duration: 7 hours

Stop At: Jezerca Hotel, Theth, Albania
After the mountain we are going back this time on the center of the National Park of Thethi,and we visit :

An unusual and beautiful church built in 1892 and still at the same spot with same foundations until this very day. During the construction period, attached to the east wall was also the presbytery, where the priest used to live. The habitants of Thethi, from itsinheritance , have been Roman Catholics. So, one of the first buildings here was the church. One of the most legendary priests, not only for Theth and the Catholic Church, but the whole of Albanian culture was Father Shtjefen Gjeçovi.

He opened the school in the year 1917 and taught the children reading and writing in Albanian. This tradition was also followed by the other priests of this church.The year 1921 was an official date recognised by the government of the time as the schools opening, with father Marjan Prela in charge. The Education Minister of the time was Ahmet Zogu, through an internal order,set aside the sum of 100 golden francs for the education of the children of Theth. In this church, for a short period of time, has also served Father Daniel Gjeçaj. Due to the installation of the atheist communist regime, he was forced to flee from Albania and servethe country from Italy. During the communist time, he kept contacts with all the Albanian immigrants abroad. One of his co-workers was also the great writer Martin Camaj, who would consult Father Daniel before he would publish any of his works. Thanks to the sons of Thethi who live in the USA, the church today has been reconstructedand is in full service of the village, as during the Communist regime it was damaged and made a health and pregnancy centre.

The ancient Kulla e Ngujimit, or Tower of Refuge, was a safe haven for men involved in blood feuds. While enclosed in the tower, they were safe from attack. Village elders would then try, though not always successfully, to resolve the dispute without further bloodshed.

Nowhere did the blood feud evolve into such an intricate traditional code of laws as in the mountainous highlands of Albania. There, the Kanun (or law) of the local lord Lek Dukagjini spread throughout northern Albania, Kosovo, and Montenegro, a region that had largely maintained its own identity and customs throughout nearly five centuries of Turkish rule, to emerge in 20th century Europe with the blood feud still flourishing.

Ismail Kadare, Albania's premier writer, has written a vivid novel--Broken April--that not only captures the details of highland Albanian life in the 1920s, but also shows the ultimate tragedy for a society that allows murder to follow murder, inexorably and unchallenged. A couple from the more urbanized, less-traditional lowlands go for their honeymoon into the highlands, riding in a horse-drawn carriage--a great luxury for the highlanders. The man, a writer, tends to romanticize the blood-soaked traditions of his country's remote regions. At the same time, Gjorg, a young highlander, who has killed a man in revenge for his brother, is given a month's truce before he in turn will become a target. He can expect a bullet at any moment after April 17, hence his April is broken into safe and dangerous parts. His fate intersects with those of the literate travellers and the book comes to its inevitable ending.
Duration: 2 hours

Stop At: Thethi National Park Information Center, Rruga Fushe, Qender Theth, Albania
After the visit of the Church and the tower we conclude the journey going back on the hotel and eating a delicious albanian dinner with great drinks and dessert.
Duration: 12 hours

We visit the beautiful valley of bog(950 m above the sea level).

We visit Shirok a small village that is coasted near the lake of Scutari,Albania.
Duration: 30 minutes

Returning on the capital after 4 beautiful days :)