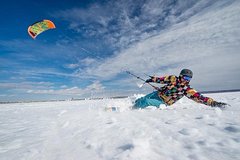 This is awesome tour! Just in 5 days you will explore Georgia and will fall in love with that places.

Stop At: Tsminda Sameba Cathedral, Elia Hill, Tbilisi Georgia
The main cathedral of the Georgian orthodox church, on Saint Ilyas hill. In cathedral of 13 thrones, the lower temple in honor of the Lady Day, separately there is a belfry. Height of the top temple is 68 m (without cross, a cross of 7.5 m); extent from the East on the West  77 meters, from the North on the South  65 meters. Total area  more than 5 thousand square meters.
Duration: 40 minutes

Stop At: Rike Park, The left bank of the Mtkvari River, Tbilisi Georgia
One of three cableways in Tbilisi. The cableway conducts to the Sololaki hill to Narikals fortress and to a monument Mother of Kartli. Route extent  508 meters, a difference of heights between the top and lower stations  94 meters. Also from the hill the most beautiful panoramic view of the city opens.
Duration: 50 minutes

Stop At: Abanotubani, Abano St, Tbilisi Georgia
Sulfur Baths (the 5th century)  the historic district in the center of Tbilisi, known for the complex of the baths standing on natural sulphurous sources. The constructed at different times in the XVIIXIX centuries, present baths form by themselves the certain quarter of the city which is the popular place both among residents and at numerous tourists.
Duration: 40 minutes

Stop At: Sioni Cathedral Church, Tbilisi Georgia
The Cathedral Sioni is historically main temple of Tbilisi and one of two main in the Georgian church; it is called in honor of the Zion mountain and consecrated in honor of the Dormition of the Theotokos. Is situated on the bank of the river the Kura in the historic center of the city. Foundation of the temple is attributed to Vakhtang I Gorgasal. In 1112 David IV the Builder, having exempted Tbilisi from Arabs, built new cathedral which was exposed to destructions and restoration more than once in the city. Especially considerable works were required after invasion Jalal ad-Din.
Duration: 30 minutes

Stop At: The Bridge of Peace, Tbilisi Georgia
Peace Bridge is the pedestrian bridge through the Kura River in Tbilisi. Is between Metekhi Bridge (lower on a current) and Baratashvili Bridge (is higher on a current). The bridge has a 156-meter steel framework covered with glass. All design leans on 4 support. It is possible to get on the bridge both from the street and from embankments of boulevards. An architect of the bridge is Michele De Lucchi.
Duration: 20 minutes

Stop At: Rike Park, The left bank of the Mtkvari River, Tbilisi Georgia
At the beginning of the 20th century the territory on the left coast of the Kura below present Baratashvili Bridge between the main bed of the river and its left sleeve was the island. In the 1920th years the sleeve of the river shoaled and dried, but the coast remained low and was quite often filled in during spring floods. When water fell down ashore there was a lot of sand and silt. From here also the name of this area  Ricke went (sands). The modern park is broken on these fixed sands.
Duration: 30 minutes

Stop At: Metekhi Cathedral, Metekhi St, Tbilisi Georgia
The first temple on this place was built at Vakhtang Gorgasali (the 5th century) conducting big construction, there was its palace. In 1235 during invasion of Mongols the temple was destroyed, but in 1278  1289 was completely restored and in such look generally reached our time.
Duration: 30 minutes

Stop At: Pushkin Square, Tbilisi Georgia
Freedom Square - is remarkable the gold statue of Saint Georgy (the heavenly patron of Georgia, than the English name of the country  Georgia speaks), at the beginning of the 90th Lenins statue who replaced Tbilisi on the central square.
Duration: 15 minutes

Stop At: Svetitskhoveli Cathedral, Arsukidze, Mtskheta 383400 Georgia
The Cathedral patriarchal temple of the Georgian orthodox church in honor of twelve Apostles. throughout the millennium was the main cathedral of all Georgia. Monument of the world heritage.
Duration: 40 minutes

Stop At: Mtskheta Church of the Holy Cross, Mtskheta Georgia
Samtavro Monastery  a complex from Samtavro-Church of the Transfiguration and convent of Saint Nino. The first church on this place as it is considered, is constructed in the 4th century by Mirian III. The temple was repeatedly destroyed and restored. In the first half of the 11th century, at the time of Georgy Is reign, under the decree of the Catholicos-Patriarch the temple was broadened, attached the southern gate and decorated with an original ornament, analogs which are not present in the Georgian architecture.
Duration: 20 minutes

Stop At: Jvari Church, Mtskheta Georgia
The Georgian monastery and the temple of the first half of the 7th century. It is located at mountain top at confluence of the Kura and Aragvi near Mtskheta  where, according to historical sources Saint Nino equal to the apostles erected a cross. The Georgias first monument of the World heritage (since 1994).
Duration: 30 minutes

Stop At: Stalin Museum, 32 Stalin Avenue, Gori Georgia
The Joseph Stalin Museum is a museum in Gori, Georgia dedicated to the life of Joseph Stalin, the leader of the Soviet Union, who was born in Gori. The Museum retains its Soviet-era characteristics
Duration: 1 hour

Stop At: Uplistsiche Cave Town, Kvakhvreli 15 km Eastwards to Town Gori, Gori Georgia
The ancient cave city, one of the first cities in the territory of Georgia. Uplistsikhe is cut in the rock located in 12 km to the east from the city of Gori on the left river bank Kura. The city arose at the end of II  at the beginning of the I millennium BC, endured several rises and recessions, is, a multilayered archaeological object, one of the most important monuments of the Georgian culture. The uniqueness of a monument is that it, thanks to the device, kept in itself(himself) the remains of the architectural and cult constructions constructed throughout several millennium.
Duration: 2 hours

Stop At: Sighnaghi Ethnographic Park, Signagi Georgia
The city of love! The small town on a mountain slope, is located on the terraces connecting twisting abrupt streets. Because of the good location practically at mountain Signagi top it was never captured by enemies thanks to what remained up to now practically in original state. In the city the round-the-clock registry office where also foreigners can married. Along with the general romantic atmosphere, the name city of love is also explained by it.
Duration: 1 hour

Stop At: Bodbe Monastery of St. Nino, Signagi Georgia
Convent of the Bodbe diocese. In it relics of the educator of Georgia Saint Nino who died in the same place in 347 on the 67th year of life, after 35 years apostolic self-sacrifice are based. Before the death Saint Nina left to the town of Bodbe and in the same place, having served some time, she died and was buried. Shortly at the request of the King Mirian over St. Ninos grave the temple in honor of Saint George  the heavenly patron of Georgia was built, and near it there was also a monastery.
Duration: 40 minutes

Stop At: Tunnel Winery Khareba's, Meurneoba District Kakheti, Kvareli 383320 Georgia
Winemaking Khareba  a tunnel. The unique storage of wines, here many years were stored the best wines of the region of Kakheti. Guests are given an opportunity to taste about 40 names of wines Winemaking of Khareba, to bake bread, to overtake chacha, to make churchkhela, to prepare a barbecue, to take part in vintage (rtveli) and in production of wine.
Duration: 2 hours

Stop At: Gremi Citadel and Church of the Archangels, Gremi village, Gremi 383330 Georgia
The imperial fortress and a complex of Church of Archangels. It is located on the hill and consists of the church of Archangels Mikhail and Gabriel, the bell tower, the three-storyed palace and a wine cellar (marani). The complex is surrounded with a wall, with towers and embrasures. The remains of the secret underpass conducting to the river remained. The church of Archangels was constructed by order of the King Levan Kakhetian in 1565 and painted in 1577. It has a stone cross and dome temple.
Duration: 40 minutes

Stop At: Jinvali Water Reservoir, 40 km to the North from Tbilisi, Tbilisi Georgia
Jinvali, is a water reservoir located on the river Aragvi in Georgia. The building of the hydroelectric dam formed the Zhinvali Reservoir. Perfect blue surface lake.
Duration: 30 minutes

Stop At: Aragvi River, Gudauri Georgia
River stop, where you can enjoy river view from the close distance and cross the river bridge.
Duration: 30 minutes

Stop At: Russian Georgian Friendship Monument, Georgian Military Highway, Gudauri 383085 Georgia
The RussiaGeorgia Friendship Monument is a monument built in 1983 to celebrate the bicentennial of the Treaty of Georgievsk and the ongoing friendship between Soviet Georgia and Soviet Russia.

Inside the monument is a large tile mural that spans the whole circumference of the structure and depicts scenes of Georgian and Russian history.
Duration: 1 hour

Pass By: East Point, 2 Aleksandre Tvalchrelidze Street, Tbilisi 0179 Georgia
After hotel check out we will take you to the airport.