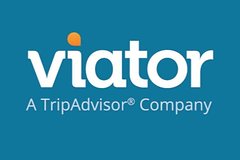 The "City at the Crossroads" is probably one of the most beautiful cities in Europe. The historical roots of Strasbourg can be traced back to the times of the Roman Empire, when the city became the center of European commerce. Gutenberg also introduced the book printing. His statue can be found on the square of the same name.
Known for its attractions, such as the Gothic cathedral of Münster, Cathedral Square and the world-famous restaurant "Maison Kammerzell" Guy Pierre Baumanns, Strasbourg also invites to a boat trip on the idyllic Ill through the romantic area "Petite France".

From here begins our trip to Strasbourg, you are welcome to book our other tours and enjoy more the beautiful All and green Baden-Baden or Black Forest

Popular with locals and tourists, Petite Frances is famous for its cobblestone streets, canals and well-preserved half-timbered houses, such as the Maison des Tanneurs dating back to 1572. The 17th-century Barrage Vauban is a covered bridge with a dam a panoramic terrace. Here you can enjoy the traditional Alsatian cuisine in old half-timbered houses and old restaurants. Along the Grand'Rue and on its side streets there are fashion shops as well as souvenir shops selling crockery, wine and teas for every taste.

A boat trip on the Ill is an absolute must in Strasbourg: over the historic Gerber district Petite France to European Parliament it is the most popular tourist attraction in Alsace. The audio guide is available in 11 languages.

Strasbourg Cathedral or Minster is a living witness of over 1000 years of history, a landmark of Alsace and Strasbourg. Strasbourg Cathedral is known throughout the world. and is one of the most beautiful cathedrals in the world. In particular, the approximately 140 m high tower, the main facade with the portal statues and the rose window with 15 m diameter are very impressive and worth seeing. Noteworthy inside the cathedral are the Angel Pier, the Pulpit, the Astronomical Clock and also the famous Silbermann Organ. Construction began in 1015 and lasted over 400 years in the Gothic style.

If you already have choucroute garnie, here is the opportunity to taste traditional Alsatian cuisine: from duck foie gras to Alsace-style snails, as well as famous Gewürztraminer wines.
The half-timbered house Haus am Münsterplatz was built in 1427 and since 1988 a UNESCO World Heritage Site
A great opportunity for lunch

The palace was built between 1731 and 1742 for prince bishops and cardinals of the Rohan family. It is very well preserved and shows the interior design as well as a collection of crockery, goebbels, paintings and books from this period.
In the palace have also spent some times Louis XV, Marie-Antoinette on their bridal procession from Vienna to Versailles, Marie-Louise of Austria, King Charles X. Napoleon Bonaparte had some rooms redone according to his taste and that of his wife Joséphine de Beauharnais.

We drive past the most beautiful historic casino of Baden-Baden. You are welcome to ask your guide for a little stopover or book a detailed tour as part of the other excursion program (the best in Baden-Baden and the surrounding area)