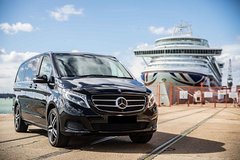 Biblical Athens is a city that really has to be explained in the right way, as every little corner can hide stories and intrigues you in a way may never think of. This private tour guides you in a great way in one of the greatest cities of the ancient world, the city of Athens, giving you the chance to discover all the must-sees during your limited time. Our 25 years experience and expertise can help you make the most out of your limited time in Athens

This private tour will take you to all the must-see sights of Athens. If you are visiting Athens for the first time, this tour provides an excellent introduction to one of the greatest cities of the ancient world. During your Acropolis visit (approx. 2 hrs) you will see:- Propylaea, - The Parthenon - Erechtheion - The Temple of Athena Nike,Looking down from the Acropolis you'll see the two ancient theaters in its shadow:- The Theater of Dionysus , the oldest Greek theater (built in the 5th century BC), - Odeon of Herod Atticus, erected in AD 161. The site hosts performances for the summer Athens Festival

The ancient Agora which was the heart of Athens in antiquity and the meeting point of Saint Paul with the first followers of Christianity in Athens..

The Areopagus, like most city-state institutions, continued to function in Roman times, and it was then that the Apostle Paul delivered his famous speech about the identity of "the Unknown God." According to the biblical account (Acts 17):