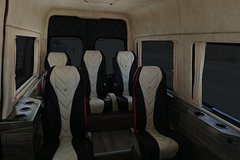 We offer only the best! When you book one of our tours and transfers our priority is your comfort and satisfaction but in the same time we make sure that the level of our services offers you a unique and luxurious experience.

Stop At: Acropolis, via Dionysiou Areopagitou str., Athens 105 58 Greece
Our first stop is the Acropolis, the trademark of Athens, where you will see the Parthenon and other temples including the Propylaia, the Erechtheion and the Temple of Athena Nike
Duration: 2 hours

Stop At: Acropolis Museum, Dionysiou Areopagitou 15, Athens 117 42 Greece
In the museum you will see the treasures coming from the rock of the Acropolis, such as statues and ornaments that will make the glorious past come alive.
Duration: 1 hour

Stop At: Temple of Olympian Zeus, Leoforos Vasilissis Olgas Leoforos Amalias, Athens 105 57 Greece
the imposing temple of Zeus that will surprise you not only with its story but also with its size
Duration: 30 minutes

Stop At: Mount Lycabettus, Athens Greece
Lyccabetus Hill from where you will enjoy a panoramic view of Athens, Piraeus and the open sea
Duration: 20 minutes

architectural structures such as the temple of Apollo, and Bema, the

place where St. Paul stood and talked to the people
Duration: 2 hours

Stop At: Archaeological site of Mycenae, Mykines 212 00, Greece
There you will witness one of the greatest civilizations in Europe that has its roots in the Neolithic Era. The tombs of the kings, and the remains of the walls along with the famous Gate of the Lions, stand there and amaze us for centuries. The museum findings complete the picture of this greats civilizations contribution as you will see tasteful art and jewelry but also weapons and war equipment
Duration: 1 hour

Stop At: Nafplion 211 00, Greece
Nafplions contribution to Greek history starts in ancient times when it was a port and reaches its peak when it became the first capital of modern Greece. You will admire the neoclassical architecture and the Castles surround the town such as Palamide, Bourzi and Akronaflplia
Duration: 2 hours

Stop At: Delphi Greece
The oracle was a temple dedicated to god Apollo where people or even cities could consult the god about important decisions which the god was giving through his priestess
Duration: 2 hours

Stop At: Ancient Theatre, Delphi 330 54, Greece
The whole area around it was part of the sacred site and you will be able to see the treasuries, where the gifts were kept, the sacred spring called Castalia, the theater and the stadium where the games to honor the god Apollo were taking place
Duration: 1 minute

Stop At: Meteora, Kastraki, Kalambaka 422 00 Greece
Meteora, is one the most important religious complexes in Greece and in the Balkan Peninsula. These amazing formations are 131 meters tall and they were formed 65 million years ago. The monasteries surprise the visitors with their location as they are built on very steep rocks, and they are part of the rock now
Duration: 3 hours