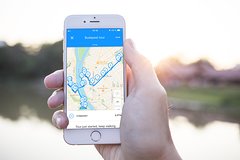 We are pleased to welcome you to Budapest, one of the main capitals of Eastern Europe. You may be surprised to learn that the city was formed by the merger of Buda, Obuda and Pest, three cities each with a proud history of twelve centuries. We invite you to explore with us the main monuments and sights of the Hungarian capital. Our itinerary will first take us along the romantic streets of the old town of Buda, and then, to the great boulevards of Pest.
You will see and learn about 28 prime attractions.

Audio tour allows you to discover Budapest in your own pace and in preferable time. At the same time you will never lost due to built-in map and navigation.

The tour is designed to be approximately 4 hours long.

This audio guide is GPS-triggered, which mean you may start the tour and put your smartphone in the pocket  all stories are starting automatically when you reach an attraction. Navigational tips will prompt you where to go next.

Stop At: Heroes' Square, Andrassy Avenue Next to City Park in the VI. District, Budapest 1062 Hungary

We will start with Heroes Square, a place that thrills the heart of each and every Hungarian.
In the center of the square is the monument celebrating the Millennium of the arrival of the Magyar people, built for the occasion of the thousand-year anniversary of the Hungarian state...

Behind Heroes' Square is a vast public garden. It is the largest and most picturesque corner of nature in Hungary. The park combines ponds, playgrounds, a former sanatorium, a museum and walking paths. There is also an amusement park, a zoo and a circus. Today, while walking along the shady paths, it is difficult to imagine that barely two centuries ago, this area was still a marshy hollow --though one of the privileged sites of royal hunts...

We will walk along the main "parade" avenue of the Hungarian capital. Majestic, beautiful! It is sometimes called the Champs Elysées of Budapest. This avenue was also built during the millennium celebrations of Hungary. It was renamed several times since its construction, and in 2002 was included to the list of monuments of UNESCO World Heritage Site...

This museum is a kind of memorial to the victims of fascism and communism in Hungary.

This building, headquarters for the Hungarian National Opera, is one of the symbols of the Hungarian capital. No doubt its dimensions are not quite as impressive as those of Opera Houses that can be seen in other countries. But this apparent modesty is well matched by the magnificence and luxury of its interior decoration. The huge chandeliers, the ceiling of the concert hall decorated with magnificent frescoes, the marble columns of the entrance foyer, the murals, and then the majesty of the central staircase, are all breathtaking...

The Basilica of St. Istvan is the most imposing church of the Hungarian capital. Along with Hungarian Parliament building, this is the tallest building built in Budapest of its time...

Liberty Square lies in the heart of the Lipótváros district, the center of political life in Budapest. Many historical events for the country occurred around this plaza, as evidenced by the many memorials that are erected there. In the middle of the nineteenth century, it is here that the first democratic Minister of Hungary, Prince Batthyany Lajosh, was executed by firing squad, after leading the anti-Habsburg movement. Throughout the first half of the twentieth century, a flame of remembrance was kept in the square to commemorate the movement and its victims...

This square is named in honor of the national hero of Hungary Lajosh Kossuth. Another prime minister, this time from the mid-nineteenth century, who distinguished himself by his commitment to national independence, both against Habsburg domination and against the political influence of Russia...

Two huge stone lions stand guard at its entrance. The Parliament building is undoubtedly the most famous architectural ensemble of the city, and it is the grandest building in the country, its symbol of sorts. Its history begins in the second half of the nineteenth century.
It was at this time that Hungary established its own constitution, and also that the merging of the three cities to form Budapest occurred.

You'll see men's, children's, women's shoes... on the bank of the Danube, sixty pairs of shoes cast in bronze. This figure was not chosen at random. It is in groups of 50 to 60 people that the fascists shot Jews on the banks of the Danube...

The "Chain Bridge", also known affectionately as "the old lady" by the inhabitants of Budapest, is the first and the oldest bridge of the city...

Funicular.
The idea of building a cable car or funicular came this time from the son of Count Szechenyi, Ödon. At its inauguration near the end of the nineteenth century, Budapest's funicular was the second in Europe. The cabins filled with tourists were driven by a steam mechanism.

Behind the massive walls of the fortress lies a palace that was once the residence of the kings of Hungary, as well as old buildings and squares, narrow streets that wind there, surrounding an unassailable bastion for fishermen and even an underground labyrinth. The history of this place goes back many years, since it has its source in the thirteenth century...

This is the main church of the fortress of Buda, dedicated to St. Mary. Its history is long and tormented.

The Fisherman's bastion, a magnificent structure made of white stone with an iconic silhouette. From this redoubt, you can enjoy a panoramic view of the Danube, the Parliament of Hungary and the old city center of Pest. At this place was once a fish market, and fishermen lived in the surrounging areas...

It was built in the mid-nineteenth century. The revolution against the Habsburg power was repressed in blood, but the emperor made the decision to build a fortress capable of resisting other popular upheavals. This fortress extends over a length of 220 m and the thickness of its walls reaches 4 meters, with a height of between 14 and 16 meters. It was built in record time: 4 years after the start of construction of the project, the first garrisons took their places...