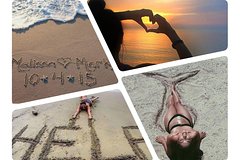 We offer all our services with modern, air-conditioned and comfortable vehicles, a private and not public journey. The vehicle is usually medium-sized and accommodates up to four people with small-sized bags. However, we suggest that the maximum during booking is for three people to make their journey more comfortable. However, if the number becomes four, it will reduce their freedom while sitting and especially if the flight is limited to 3-4 hours and this is on their personal responsibility. Most of our vehicles provide free water, juice and Internet. The driver is a tactful, good-looking person who speaks English and provides assistance when needed.

The Dead Sea
region is one of the most important tourist areas of the world's environmental hospitalization, where it is characterized by a range of natural factors which made it a competitive position in the region in the field of therapeutic tourism and hospitalization because of its unique climatic characteristics, whether with moisture and containment On the sulfur eyes, it has been qualified to treat many diseases, especially the cutaneous ones, which are very prevalent, where the number of people infected in Europe reaches 25 million patients, in addition to the treatment of rheumatoid, and thus the Dead Sea region has important elements of tourist attraction not only in hospital tourism, but Also distinguished in leisure and ecotourism tourism. The selection of the Dead Sea region through the World Health Organization (WHO) as a global centre for the treatment of many skin diseases in 2011 demonstrates the region's importance in the field of therapeutic tourism. Many hotels on the coast of the Dead Sea depend on the provision of physiotherapy based on the use of the region's distinctive natural properties without any chemical drugs whatsoever. Many studies confirm that the Dead Sea region, with these therapeutic benefits, can achieve the largest tourism material return to Jordan, as the incidence of skin diseases ranges from 1:3% of the population.

The conference tourism in the Dead Sea has also witnessed a remarkable development in recent times, and the Dead Sea region has become specialized in this type of tourism, through the organization of conferences, seminars and meetings at all levels, local, regional and international, where it is the responsibility of the competent authorities to organize these meetings Conferences and the provision of services are not limited to the formal aspect of the conference, but also include the provision of tourism and recreational services to participants. Jordan established the Dead Sea Conference and Exhibition company in 2003 with the participation of a group of Jordanian and Arab investors. The company's flagship project was the establishment of the King Hussein Bin Talal Convention Center to host major regional and international events and conferences. This project has contributed to the development of Jordan on the global map of business and investment forums, where the centre has hosted the World Economic Forum more than once.

The Dead Sea labs also produce a lot of cosmetics made from the minerals extracted from tine, where they are available in the markets across Jordan, or can be ordered via the internet and delivered to anywhere in the world, so that visitors continue to enjoy the benefits of the Dead Sea, after their return To their homes for a long time.

Special Offer - Book by January 31 to save 5% off our previously offered price! - Book Now!