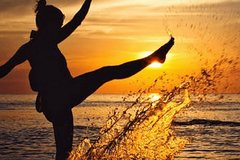 Pay After Your Trip Done , Your Smile It My JOB , Fixable In Price Service. You may contact us for further information.

Arrival at Queen Alia International Airport, Meet with our driver then your vehicle will drive you to your hotel in the Dead Sea for the overnight.

Breakfast at the hotel, at around 10 AM, your vehicle will pick you from the hotel and transfer you direct to Madaba, which is best known for its Byzantine and Umayyad mosaics, especially a large Byzantine-era mosaic map of The Holy Land The Madaba Mosaic Map is an index map of the region, dating from the sixth century AD, preserved in the floor of the Greek Orthodox Basilica of Saint George. With two million pieces of color stone, the map depicts hills and valleys, villages and towns in Palestine and the Nile Delta. The mosaic contains the earliest extant representation of Byzantine Jerusalem, labeled the "Holy City." The map provides important details as to its 6th century landmarks, with the central colonnaded street and the Holy Sepulcher clearly visible. This map is one key in developing scholarly knowledge about the physical layout of Jerusalem after its destruction and rebuilding in 70 AD.

Then transfer to visit of Mt. Nebo, the place where Moses have gone to get a view of the Promised Land before he died and from a platform in front of the church one can enjoy a breathtaking view across the Jordan Valley and the Dead Sea.

Then transfer to visit Bethany the place where Joshua, Elijah and Elisha crossed the Jordan River, Elijah was taken up to heaven, John the Baptist preached and baptized, and Jesus was baptized and started his public ministry. In Bethany also its revealed an earlier 3rd century building with fine mosaics and what is known as a Christian "prayer hall." If this is correct, it might be one of the earliest Christian prayer facilities anywhere in the world. Also identified is the cave where John the Baptist lived, according to numerous Byzantine pilgrims texts. The cave was turned into a church and a freshwater channel running from the cave, purportedly used by John for baptizing, can still be visited today.

After the visits, return back to the hotel in Dead Sea for the overnight.

Breakfast at the hotel, at around 9 AM, your vehicle will pick you from the hotel and transfer you to the Nabateans City of Petra, to enjoy visiting pink city, which has been ranked New Wonders of the World Heritage of Humanity, its the complete city carved in a mountain with the huge colorful rocks that called the red rose city. The tour will start by crossing the Siq which is an impressive 1200 M long, deep and narrow gorge of stunning natural beauty. The Siq s hammed in by cliffs soaring up to 80 Meters. Then just when you think you have seen enough dazzling sights in the Siq, you will face with Al-Khazneh (the treasury) the pride of all Jordanians. The architectural style of it was unique in the ancient world, main inspiration was Hellenistic, Alexandrian Hellenistic, plus that unique encompassing Nabateans artistic touch (30 M Wide, and 43 M high) it is a truly breathtaking. Then we continue the visit and come to the Street of Facades the Theater which looks Roman but was executed by the Nabateans in the 1st Century AD, it is carved into solid Rock except towards the front earlier side, where part of it was built freestanding, initially it could seat 3000 People, but was later extended to finally hold about 7000.

After the visits, return back to the hotel in Dead Sea for the overnight.

Breakfast at the hotel, at around 10 AM, your vehicle will pick you from the hotel and transfer you direct to Amman to Enjoy a conducted tour of the capital: you will discover the resources and the culture of the Hashemite kingdom; its historic center, its citadel, its Roman amphitheater, its old mosques, its galleries and shops; but also the more modern center which confers on the city a duality and an exceptional character.

Then continue to Jerash, the grandeur of Imperial Rome being one of the largest and most well preserved sites of Roman architecture in the World outside of Italy, its paved and colonnaded streets, soaring hilltop temples, handsome theaters, spacious public squares and plazas, baths, fountains and city walls pierced by towers and gates remain in exceptional condition. After the visits, return back to the hotel in Dead Sea for the overnight.

Breakfast at the hotel, and enjoy a full day leisure at the Dead Sea, which is one of the most spectacular natural and spiritual landscapes in the whole world; it is the lowest point on earth, and the world's richest source of natural salts, hiding wonderful treasures that accumulated throughout thousands of years. Free time to swim and to enjoy the salty water. Overnight at the hotel.

Breakfast at the hotel and regarding to the flight time your vehicle will drive you to the Q.A Airport for the final departure