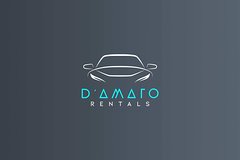 See the Malta the way it was meant to be seen with a personal driver for 8 whole hours which can guide you on the best route options to create your own sightseeing according to your own liking - Optional Tour Guide in order to obtain the most out of your private tour.

A specific language can be chosen beforehand, given 24 hours notice.

This trip will not include more than 8 people (7 if opted for the licensed guide).

Included in the Tour is a Private Air-conditioned Brand new Minivan which will provide the transportation services for only 8 People (Maximum), personal driver plus suggested route/destinations with optional Licensed Guide.

The Three Cities offer an intriguing insight into Malta and its history. Left largely unvisited, these cities are a slice of authentic life as well as a glimpse into Malta's maritime fortunes.

The Three Cities can rightly claim to be the cradle of Maltese history, as Vittoriosa, Senglea and Cospicua have provided a home and fortress to almost every people who settled on the Islands.

Their harbour inlets have been in use since Phoenician times: the docks always providing a living for local people, but also leaving them vulnerable when Malta's rulers were at war. As the first home to the Knights of St. John, the Three Cities' palaces, churches, forts and bastions are far older than Valletta's.