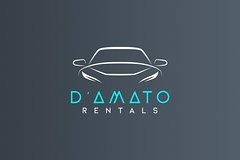 See the Malta the way it was meant to be seen with a personal driver for 8 whole hours which can guide you on the best route options to create your own sightseeing according to your own liking plus a private professional photographer.

Included in the Tour is a Private Air-conditioned Brand new Minivan which will provide the transportation services for only 7 People (Maximum), personal driver plus suggested route.

A photoshoot for the whole group is included in this tour, a private professional photographer will be joining us on the tour to capture your memories on your holiday posing along in the most gorgeous iconic destinations in Malta.

The best photos will be selected and sent via email, printing of the photos/album/large printing can be opted at an extra cost.

A classic car can be chosen for the purposes of the shoot at an extra cost (Mustang 1969 Black/Red, Mustang 1967 Eleanor).

Birgu, also known by its title Città Vittoriosa, is an old fortified city on the south side of the Grand Harbour in the South Eastern Region of Malta. The city occupies a promontory of land with Fort Saint Angelo at its head and the city of Cospicua at its base.

Cospicua, also known by its titles Città Cospicua or Civitas Cottonera, is a double-fortified harbour city in the South Eastern Region of Malta. Along with Birgu and Senglea, it is one of the Three Cities, located within the Grand Harbour to the east of the capital city Valletta.

Senglea, also known by its title Città Invicta, is a fortified city in the South Eastern Region of Malta. It is one of the Three Cities in the Grand Harbour area, the other two being Cospicua and Vittoriosa, and has a population of slightly below three thousand people.