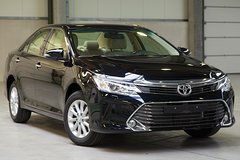 Located in the suburbs of Taipei, Pingxi, Shiji and Jiufen are the most famous sightseeing spots in Northern Taiwan! There are many tourists visiting!

Jiufen is an area in Ruifang District, New Taipei City, Taiwan. It flourished in the early days due to the abundance of gold mines. After the 1990s, due to the film "Tragic City" in Jiufen, its unique old-style architecture, sloping land and style attracted the attention of both domestic and foreign through this film, and it also brought life to the region. It has become a very popular one. Sightseeing spots.

The main area of Jiufen Old Street is mainly concentrated in the streets of Jishan Street, Liqiqi Road and Light Road. It is one of the most popular sightseeing spots in Taiwan, and the annual tourist attraction is endless. According to the source analysis, foreign tourists from Japan, South Korea and other places, as well as tourists from mainland China, Hong Kong and Macao, and domestic tourists are half of the weekdays. The holiday is based on national tourism and is a tourist attraction in Northern Taiwan. . The business district has a clear positioning, with history, natural scenery and food culture in one furnace.

"Do you want to experience the blessings of the heavenly lanterns and feel the bleakness and grandeur of the biggest waterfall in Taiwan?" The famous celebration of the New Taipei City Pingxi Lantern Festival, which was recommended by DISCOVERY and CNN, and the beauty of Taiwan's Niagara Falls The famous "Temperature Waterfall" is on this tourist route. Starting from "MRT Muzha Station", first cast a traditional sky lantern and experience the unique railway features in front of the train. Then walk to the "Ten Waterfall Park" to enjoy the magnificent scenery of the largest waterfall in Taiwan. Then return to Very travel service center to "Pingxi Old Street" to find the "Those Years, Girls We Catch Together" movie scene and taste Taiwanese local snacks "large intestine package small intestine"