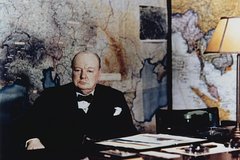 Luxury chauffeured transport with qualified Blue Badge Tourist Guides who have a vast understanding of London. We offer guided tours for every occasion, helping you have a great time in London.

History was made in Churchill War Rooms - an underground bunker that allowed Britain's leaders to plot the allied route to victory during the Second World War. Walk the labyrinth of rooms and corridors that stretch below Westminster that sheltered Winston Churchill and his war cabinet from the German bombing raids, and explore the Churchill museum to learn the story of his life and legacy.

Explore a place that's touched the lives of kings, queens, statesmen and soldiers, poets, priests, heroes and villains since 960AD. Westminster Abbey has been the coronation church since 1066 and is the resting place of more than 3,000 great Britons.