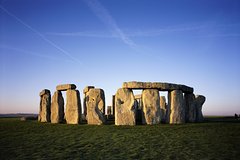 Discover Stonehenge, Windsor Castle and Bath on this day trip from London. Leave the city behind you and travel by air-conditioned coach to Windsor Castle, home of the British Royal Family for the last 900 years. Visit St George's Chapel and the State Apartments with your tour guide before traveling out to Salisbury, where the ancient rock formations of Stonehenge await. Continue on to the beautiful Georgian city of Bath, visit the Roman Baths and enjoy a panoramic tour with your guide before returning to London.

The Royal Crescent is a row of 30 terraced houses laid out in a sweeping crescent in the city of Bath, England. Designed by the architect John Wood, the Younger and built between 1767 and 1774, it is among the greatest examples of Georgian architecture to be found in the United Kingdom and is a Grade I listed building. Although some changes have been made to the various interiors over the years, the Georgian stone façade remains much as it was when it was first built.

Bath Abbey is an Anglican parish church and former Benedictine monastery in Bath, Somerset, England.[3] Founded in the 7th century, it was reorganised in the 10th century and rebuilt in the 12th and 16th centuries; major restoration work was carried out by Sir George Gilbert Scott in the 1860s. It is one of the largest examples of Perpendicular Gothic architecture in the West Country. The cathedral was consolidated to Wells Cathedral in 1539 after the abbey was dissolved in the Dissolution of the Monasteries, but the name of the diocese has remained unchanged.

One of the most photographed examples of Georgian architecture in the city and one of only four bridges in the world to have shops across its full span on both sides, Pulteney Bridge was designed in 1769 by Robert Adam.

The Roman Baths, at the heart of the City of Bath World Heritage Site, consists of the remarkably preserved remains of one of the greatest religious spas of the ancient world. The citys unique thermal springs rise in the site and the Baths still flow with natural hot water.(If you select include admission)

Step back 5,000 years in time to prehistoric Britain as our guide helps bring the history of this fascinating monument to life. Who built Stonehenge? Why was it built? Discover the answer to these questions and the monuments fascinating link to the Summer and Winter solstice. Come face-to-face with a 5,500-year-old man and visit the world-class exhibition centre, with 250 ancient objects on display.

Our first stop is Windsor Castle, the ancestral home of the British Royal family for more than 900 years and the largest, continuously occupied castle in Europe. Marvel at the splendour of the State Apartments, the grandest apartments in England, where paintings by Van Dyck and Rubens hang from the walls and the ceilings are painted with elaborate, magnificent murals.

Step inside St Georges Chapel, where HRH Prince Harry married Ms Meghan Markle and the tombs of prominent previous monarchs are located, including Henry VIII and Charles I. Dont miss a colourful display of typical British pageantry that takes place every morning at the Changing the Guard ceremony, where the handover of duties between guards to the Queen takes place. If Her Majesty is in Windsor during your visit, you may be lucky enough to see the Royal Standard flying on the flagpole of the Round Tower.

St George's Chapel at Windsor Castle in England, is a chapel designed in the high-medieval Gothic style. It is both a Royal Peculiar, a church under the direct jurisdiction of the monarch, and the Chapel of the Order of the Garter. Seating approximately 800,it is located in the Lower Ward of the castle.